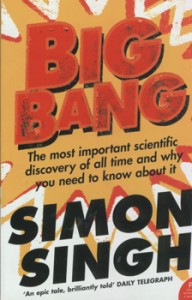 I decided to write a book about the Big Bang theory of the universe because it is one of the pinnacles of human achievement. I wanted people to understand the theory and to appreciate why cosmologists are confident that it is an accurate description of the origin and history of the universe.

The story begins with the theoretical foundations laid by Einstein and his General Theory of Relativity. But it was Georges Lemaître, a Catholic priest from Belgium, who proposed the idea of a universe born at a single instant in the past – “a day without a yesterday” – and expanding outwards from that moment. 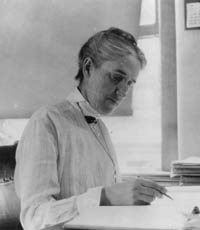 While theorists developed this hypothesis, it was up to the observational astronomers to test the theory against reality. Unfortunately, they were having serious problems with measuring reality. Even measuring distances across the universe had proved problematic. In particular, nobody could measure the distances to the galaxies. Henrietta Leavitt was the woman who rescued the situation.

Working as a ‘computer’ in the days when few women could pursue a career in science, she was employed to measure and analyse photographs of the stars in painstaking detail. With a great leap of intuition, she showed that Cepheid variable stars, which vary periodically in brightness, could be used to measure distances across the universe. She realised that the rate of variation of a Cepheid star gave a strong indication of its actual brightness, which could then be compared with its apparent brightness as seen from Earth, which then indicated the distance to the star. When Cepheid variable stars were found in distant galaxies, it became possible to measure the distance to the galaxies. 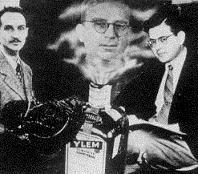 Herman, Gamow and Alpher, who predicted an echo from the Big Bang. (Courtesy of Ralph Alpher)

With a cosmic yardstick for measuring the distance to the galaxies, Edwin Hubble made a remarkable discovery. Although born an American, Hubble had fallen for the charms of the English aristocracy and groomed himself into the quintessential English gentleman while studying in Oxford. Using some of the biggest telescopes ever built – marvels of engineering in their own right – he found that all the galaxies were racing apart from each other. Not only that, but the further away a galaxy was, the faster it was moving.

Running the clock backwards led to a disturbing conclusion. There must have been an instant in the distant past – that day without a yesterday – when everything in the universe exploded into being out of a single point in space. The evidence was pointing towards a Big Bang. A moment of creation.

But the theory was controversial. The scientific establishment believed in an eternal universe, and many cosmologists were reluctant to accept a theory that smacked of divine creation. Hence, Fred Hoyle proposed an alternative Steady State model in which the universe was both expanding and eternal. However, even though Hoyle was an opponent of the Big Bang theory, it was he who christened the theory, referring to it disdainfully in a radio broadcast as “this ‘Big Bang’ idea”. The name stuck, and so did Hoyle’s opposition to the theory. 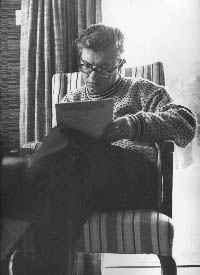 The stage was set for a major battle between the two camps – Big Bang versus Steady State. It would take the rest of the twentieth century to resolve the conflict, with both sides desperately searching for evidence to shore up their own theory and crush the opposition. The battle for cosmic truth would involve politics, religion, bitter disputes, nuclear physics, satellites, telescopes, a supposed echo from the Big Bang, and remarkable serendipity, resulting in one of the greatest adventures in the history of science.