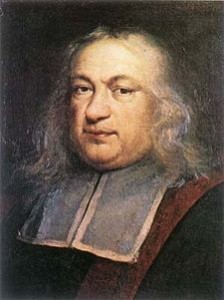 1. In the TV documentary, which American band featured on the soundtrack?
a) The Violent Femmes,
b) Blondie,
c) The Ramones.

2. Descartes declared that Pierre de Fermat…
a) was a braggart,
b) was a geek,
c) had a mother who was a hamster and a father who smelled of elderberries,

4. Which company asked Andrew Wiles to endorse a new range of menswear after he had proved Fermat’s Last Theorem?
a) Gap,
b) Marks & Spencers,
c) Pringle.

5. When I was short-listed for a science book prize, I was awarded a prize which had mistakenly engraved upon it…
a) Fermat’s Lost Theorem,
b) Fermat’s Least Theorem,
c) Fermat’s Latest Theorem.

6. Which of these is a song from the musical Fermat’s Last Tango?
a) Math Myth
b) The Wrath of Math
c) Math Widow

7. When asked why he had not attempted a proof of Fermat’s Last Theorem, who said: “Before beginning I should put in three years of intensive study, and I haven’t that much time to squander on a probable failure.” ?
a) David Hilbert
b) G.H. Hardy
c) Augustin Cauchy

8. Which member of Queen bought a copy of Fermat’s Last Theorem at Waterstones on Kensington High Street (…according to the shop assistant who made my day when she told me)?
a) Roger Taylor
b) Brian May
c) John Deacon

9. When the BBC documentary about Fermat’s Last Theorem won a BAFTA, one of the nominated documentaries in the same category was about a rock star. Who?
a) John Lennon
b) David Bowie
c) Elton John

10. When Fermat’s Last Theorem was eventually proved, who said “I told you so”?
a) Andrew Wiles
b) Goro Shimura
c) Ken Ribet