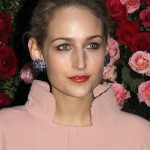 Leelee Sobieski - is this Sophie Germain?

Believe it or not, there was a time when a Hollywood studio was interested in turning my book about Fermat’s Last Theorem into a movie. The film never materialised, but it was fun to think about who might play the main roles. Perhaps Tom Hanks could convey the angst and the ecstasy of Andrew Wiles’s life, or maybe Sarah Michelle Gellar could play a feisty Sophie Germain.

In a recent competition, I asked visitors to the site to name actors who would be ideal to play Pierre de Fermat, Andrew Wiles, Sophie Germain or Evariste Galois.

The winning entry was from Steve Futch. His suggestions and reasons are below. For more about Hollywood meets mathematics, I would suggest visiting the Math in the Movies site.

– Soft spoken, aloof but only to a degree…..yet completely engaged when the subject matter shifts to his preferred area of conversation.

Obvious: John Cleese of Monty Python fame. He’s even got the accent down.

Less Obvious: Woody Allen – the look is there but I’m afraid Woody’s attitude would come through as far too cynical.

– Independent yet not abrasively so.

Obvious: Julia Roberts – she has a determined quality about her and her free-spiritedness would come through…..problem: can she come across as a free-spirited, determined intellectual?

Wow, now this is a tough one. A few wildcards (let’s try some that are likely to be looking for work).

Obvious: John Goodman – Flighty personality but commanding in his presence and size. High energy level, as seems obvious to associate with a man of Fermat’s achievements.

Less Obvious: John Malkovich – This would be the quality actor draw for the film. Capable of playing any role and speaking in any accent, he’s your man for Monsieur Fermat.