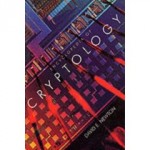 By David E. Newton
A really useful guide to all things cryptographic.

Codes, Ciphers and Other Cryptic and Clandestine Communication

By Fred. B. Wrixon
Slightly more detailed than Newton’s encyclopaedia. A hefty book that will answer lots of your crypto queries. 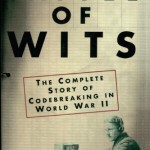 Stephen Budiansky
Not just the story of Bletchley Park, but also the story of the American codebreaking achievements against the Japanese. Find out more…

Andrew Hodges
A superb book, notable because it was largely this book that brought Turing’s story to the public, and which then inspired a series of other books, plays and TV documentaries.

Turing and the Universal Machine

Jon Agar
A tiny book about Turing and the development of the computer.

Turing and the Computer

Paul Strathern
Another tiny book about Turing and the development of the computer.

Enigma: The Battle for the Code

Hugh Sebag-Montefiore
This was published after I had written The Code Book, so I must admit that I have not read it. New interests mean that I have had to focus my reading elsewhere. But, by all accounts, this is an excellent book. 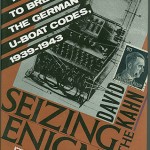 David Kahn
The best historian of cryptography explains the cracking of the Naval Enigma cipher. Find out more…

Michael Smith
An accessible account of the Bletchley Park story, which accompanied the Channel 4 TV series of the same name.

Edited by F.H. Hinsley and Alan Stripp
A collection of essays by those who worked at Bletchley Park during World War II.

Gordon Welchman
One of the earliest accounts of Bletchley and the Enigma, written by one of the most important codebreakers.

Irving Warner
This is THE BOOK to read if you are interested in the Enigma cipher and its cracking at Bletchley Park. At last, here is an authoritative, definitive and complete book.

Doris Paul
The story of the Navajo contribution to cryptography in the Pacific. Written in 1973.

Sally McLain
Probably based on McLain’s earlier book, which is the version that I have seen. This book was brought out to coincide with the release of the Hollywood movie Windtalkers. 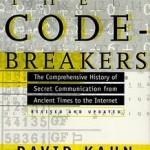 David Kahn
The most authoritative history of cryptography ever published. Find out more…

Bruce Schneier
Schneier’s first book was about the technical and mathematical side of cryptography. This book is about the equally important human side of information security.

Fred Piper & Sean Murphy
A very short introduction indeed. An excellent primer by one of the world’s brightest cryptographers and best communicators of the subject. 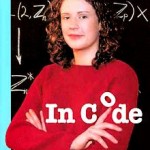 Sarah & David Flannery
A mix of maths, cryptography and puzzles from the teenager who hit the headlines with her encryption algorithm. Find out more…

F.L. Bauer
“The best single book on cryptology today,” according to David Kahn. I have only dipped into this book and it seems excellent.

P. Wayner
Not about cryptography, but about steganography, the science of hiding messages rather than scrambling messages.

Albrecht Beutelspacher
This was one of the first books that I read about codes and codebreaking. A good introduction to some of the technical aspects of cryptography. 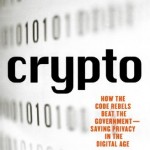 Stephen Levy
Subtitled “Secrecy and Privacy in the New Code War”, Levy gives an excellent account of the development of modern cipher systems, including public key cryptography. However, you will be disappointed if you are looking for mathematical explanations. Find out more…

Simson L. Garfinkel
An excellent account of the development of Pretty Good Prviacy (PGP), the encryption software that shook the world.

Whitfield Diffie & Susan Landau
An exploration of the issues facing society in the Information Age. A refreshing read that complements most books on cryptography that concentrate on mathematics or technology.

The Beale Treasure: New History of a Mystery

Peter Viemeister
I met Peter when I was researching the Beale story. His book explores the history of the Beale treasure and suggests some theories to explain the mystery.

James Bamford
These two books tell the story of America’s National Security Agency (NSA), the world’s most powerful
eavesdropping and code breaking organization. Puzzle Palace was first published 20 years ago, whereas Body of Secrets is a much more recent update of Bamford’s research into the NSA. I have only dipped into these books, but they are generally agreed to be the best books available about the NSA.

Barbara Tuchman
I doubt that we will ever know the whole story behind the Zimmermann Telegram and its decipherment, but historian Barbara Tuchman writes a brilliant account of this pivotal episode from World War I.

Neal Stephenson
Cryptonomicon is a massive novel (918 pages) that stretches from the story of World War II codebreakers to today’s data havens. 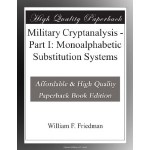 Aegean publishes a series of quite specialist books on cryptography. Here are some of their more accessible titles.

The Story of Magic, Memoirs of an American Cryptologic Pioneer (Cryptography)

Introduction to the Analysis of the Data Encryption Standard 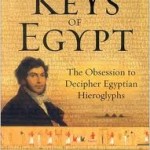 Lesley & Roy Adkins
An excellent account of the life and times of J.F. Champollion, from his childhood days in France to his expedition to Ancient Egyptian. Find out more…

The Decipherment of Linear B

John Chadwick
Chadwick recalls the historic achievements of his colleague Michael Ventris in deciphering the ancient Minoan-Myceanean Linear B script.

Michael D. Coe
The tale of the Mayan glyphs, their partial decipherment over the past 20 years and the personalities involved are outlined in this well illustrated book.

How To Read Egyptian Hieroglyphs

Mark Collier and Bill Manley
A step-by-step guide to reading Egyptian hieroglyphs by Egyptology lecturers Collier and Manley. This book has a clear, easy to read layout and is an ideal beginners text.

The Story of Writing

Andrew Robinson
Literary editor of the Times Higher Education Supplement, Robinson uncovers the history and evolution of languages and scripts, from Persian cuneiform and Egyptian hieroglyphs to the computer languages of today. A well illustrated and easy to read book.