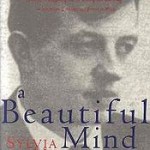 By Sylvia Nasar
A biography of the game theorist John Forbes Nash. This book formed the basis of the Hollwood film. One of my all time favourite biographies.
Find out more…

The Universe and the Teacup

By K.C. Cole
The mathematics of truth and beauty. An elegant study of the way mathematics can provide solutions to everyday problems. 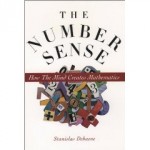 By Stanislas Dehaene
How the mind creates mathematics. “Not a book about mathematics itself, but rather about how the brain deals with numbers”.

What is Mathematics, Really?

By Reuben Hersh
“A thought-provoking investigation into the philosophy of mathematics”. 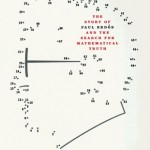 The Man Who Loved Only Numbers

By Paul Hoffman
The story of Paul Erdos and the search for mathematical truth. Perhaps my favourite biography of a mathematician. 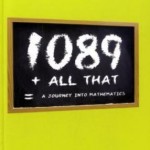 By David Acheson
A lovely little book that provides a mini tour of many mathematical gems. Discover the magic of 1089 and the mathematics behind the Indian rope trick. 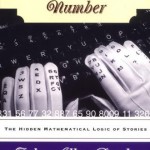 Once Upon a Number

By John Allen Paulos
Paulos focuses on stories that revolve around mathematics. These stories provide an ideal environment for non-mathematicians to encounter mathematical ideas and examine them in comfort, without the fear usually associated with the subject.

What are the Chances?

By Bart K. Holland
Take a trip into the world of probability, and the influences it may already be having in your everyday life.

Ian Stewart is one of the most prolific and accessible writers on mathematics. Here are some of his most popular books:

A guide into some of the fascinating links between
mathematics and nature.
Find out more…

An exploration of the mathematics of chaos.

A delve into the world of evolution and mind theory.

From Here to Infinity

An interesting and accessible account of current mathematical topics.

Stewart uses a maze theme to explain the intricate connections between fields in popular mathematics, from game theory to knots to chaos.
Find out more…

One of the best-loved authors of mathematics books.
Here are some of his most popular titles:

The Colossal Book of Mathematics

Gardner has collected articles from his 25-year old archive of Scientific American articles. The result is this amazing compendium.

A collection of favourite puzzles and games.

Some excellent games and riddles to lose yourself in.

Another inspired collection of articles from Gardner’s Scientific American column.

The Wizard of Oz and Who He Was

Gardner edited this critical appraisal of the children’s classic by L.F. Baum.

The Unexpected Hanging and Other Mathematical Diversions

Puzzles and anecdotes from the world of popular science.

A compilation of some of the most amazing and infuriating games and riddles, created by one of America’s leading puzzle experts.

This publisher has an excellent reputation for their wide range of mathematics books. Here are just a few of their most popular titles:

By Heinrich D-Orrie
A puzzle book that has lost none of its ingenuity in its translation from French to English.

A Concise History of Mathematics

By Dirk Jan Struik
An interesting and accessible guide to some of the greatest mathematicians and the remarkable findings they have made.

History of Greek Mathematics From Thales to Euclid

History of Greek Mathematics From Aristarchus to Diophantus

By Thomas L. Heath
The second volume of the History of Greek Mathematics Guide.

By W. W. Rouse Ball
Last re-printed in 1908, this is an authoritative account of the history of mathematics.

Foundations and Fundamental Concepts of Mathematics

By Howard W. Eves
An interesting, accessible and thorough account.

By F. N. David
A study into the history of statistics.

A Mathematician Reads the Newspapers

The Man Who Knew Infinity

By Robert Kanigel
A biography of the brilliant Indian mathematician Srinivasa Ramanujan.

By James Gleick
A very human and readable account of the study of chaos, from the science writer of the New York Times.

Georges Ifrah
Ifrah’s account of the history of numbers is an immense treasure trove of mathematical ideas dating back to the invention of numbers.

By Charles Seife
An account of one of the simplest, yet most complicated of ideas in mathematics – the number zero.

E: The Story of a Number

By Eli Maor
The E in question refers to the base for natural logarithms. Mathematician Moar turns every student’s nightmare into an enjoyable and interesting read.

By Mario Livio
This is one of the first accounts of the never-ending number phi, also known as the Golden Ratio, a figure found throughout the laws of nature.

Pi In The Sky

By John Barrow
A lively account of the number Pi, from leading cosmologist and science writer John Barrow.

By John Barrow
Barrow’s study on the impact of ‘nothing’ in the fields of cosmology, physics, mathematics and theology.

By Keith Devlin
An account of major mathematical accomplishments since the 1960’s.

Mathematics: The Science of Patterns

By Keith Devlin
Devlin explains and investigates patterns in number sequences that have led to the further evolution of mathematical research.

By G.H. Hardy
A poignant, moving book by the brilliant mathematician G.H. Hardy, as he grew older in ‘a young mans field’. An account of his life and his passion for mathematics.

By Philip J. Davis & Reuben Hersh
Davis and Hersh argue mathematics to be a combination of luck and guesswork, and should be thought of as a human, rather than a physical science.

By Edwin A. Abbott
This classic fantasy novel published in 1880 explores a flat world where all the inhabitants live in two physical dimensions. The book follows a Flatlands dweller who shockingly discovers the existence of a third dimension.
Also available to read online at Caltech.

The Joy of Pi

By David Blatner
A funny, quirky and fascinating account of the history of Pi.

By Margaret Alic
Alongside Hypatia, Alic discusses the valuable contributions made by other female mathematicians and scientists throughout history.

How Long Is A Piece of String

By R. Eastaway
A clever, contemporary book about some of the mathematical theories that affect everyday life – from how to win ‘Who wants to be a Millionaire’ to how to write a hit song.

Why Do Buses Come In Threes?

By J. Wyndham, R. Eastaway, T. Rice.
Another well written account of modern mathematical theory and its applications. Learn the Ham Sandwich Theorem, and how fast you should run in the rain to stay the driest.

The Man Who Counted

By Malba Tahan
A fine mix of story-telling and mathematics, Tahan tells the tale of an Arabian man who dispenses his mathematical knowledge on his travels across the globe.

By Paul Hoffman
A look at the theories involved in modern mathematics.

By David Wells
A thorough and comprehensive listing of numbers from the square root of -1 to lucky numbers.

By David Wells & John Sharp
A fascinating insight into the world of geometry.

By Carl C. Gaither
A dictionary of statistical quotations, from Shakespeare and Abraham Lincoln to eminent statisticians such as John Tukey.

By Christopher Clapham
An invaluable guide to the language of mathematics.

By Derek Rowntree
An excellent introductory text to a much misunderstood area of mathematics.

By Deborah J. Bennett
A pocket-sized book on probability and statistics.

By Gerd Gigerenzer
A cautionary look at the application and misuse of statistics.