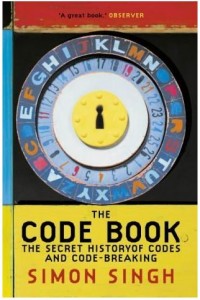 The Secret History of Codes and Code Breaking

Ever since humans began writing, they have been communicating in code. This obsession with secrecy has had dramatic effects on the outcome of wars, monarchies and individual lives.

With clear mathematical, linguistic and technological demonstrations of many of the codes, as well as illustrations of some of the remarkable personalities behind them – many courageous, some villainous – The Code Book traces the fascinating development of codes and code-breaking from military espionage in Ancient Greece to modern computer ciphers, to reveal how the remarkable science of cryptography has often changed the course of history.
Amongst many extraordinary examples, Simon Singh relates in detail the story of Mary, Queen of Scots, trapped by her own code and put to death by Elizabeth I; the strange history of the Beale Ciphers, describing the hidden location of a fortune in gold, buried somewhere in Virginia in the nineteenth century and still not found; the monumental efforts in code-making and code-breaking that influenced the outcomes of the First and Second World Wars.

Now, with the Information Age bringing the possibility of a truly unbreakable code ever nearer, and cryptography one of the major debates of our times, Singh investigates the challenge that technology has brought to personal privacy today.

Dramatic, compelling and remarkably far-reaching, The Code Book will forever alter your view of history, what drives it and how private your last e-mail really was.

To add a bit of extra spice to The Code Book, I included ten coded messages for readers to crack. Whoever cracked the messages first would win a prize of £10,000. You can read all about the Cipher Challenge on this site. 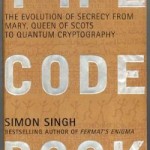 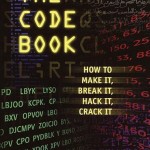 Reviews of The Code Book 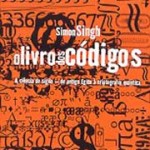