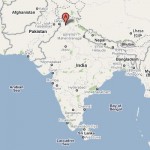 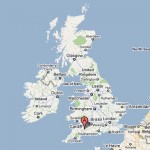 My family have been farmers for generations in Punjab, India. In 1938, my grandfather left his village of Thakarki and settled in Somerset in the southwest of England, and in 1950 my parents emigrated to Taunton. A few years later they moved to Wellington, and that is where I was born. 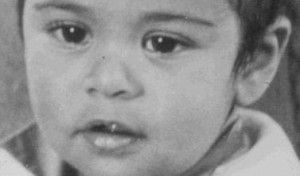 Although I did not know it at the time, Somerset is a fertile ground for budding scientists. Just 5 miles from where I was born is the town of Milverton, the birthplace of Thomas Young, the polymath who made breakthroughs in a wide range of subjects. Most important of all, he advocated the wave theory of light. He studied at Emmanuel College Cambridge, and in due I course I attended the same college, but I failed to make any significant contributions to the foundations of physics. 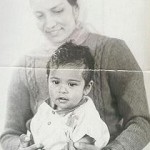 My mum always emphasised the importance of education, my dad got me interested in how things work and my big sister made sure I did my homework. It was not long before I was doing well at St John’s Primary School and at the age of nine I declared that I wanted to be a nuclear physicist. Bizarrely, I actually remember this moment with clarity.

Although I considered being a glam rocker and a footballer, I stuck to my scientific ambitions, largely inspired by TV boffins. I have always loved watching TV, and the early 1970s was great for scientists on the box. This was post-Apollo era, so Patrick Moore and James Burke had become prime time TV stars. Alongside them, Carl Sagan, Magnus Pyke and Heinz Wolff became my role models.

I think that it is great to have some idea of what you want to do with your life. I was lucky that I realised that my future lay in science, so I knew where to concentrate my efforts. I studied A levels in mathematics, physics and chemistry, and thanks to my great teachers I managed to get the grades I needed to study physics at Imperial College, part of the University of London. I had originally applied to Cambridge University, but they rejected me. In hindsight, it was probably one of the best things that ever happened to me.

Before starting my physics degree at Imperial College, London, I spent a year at GEC Hirst Research Centre, Wembley, working on gallium arsenide monolithic microwave integrated circuits. GEC were sponsoring me during my studies. It was an interesting year and I grew up a bit, but the main lesson I learned was that my future did not rest in industrial research and development.

The picture from my Student Union card.

Instead, I knuckled down, studied hard and aimed for a career in academia. However, while working for my degree, I did a few things that in hindsight helped to set me on the course that I am currently on. My first adventures in writing involved occasional articles for student newspapers and helping to edit a couple of newsletters, namely Schrodinger’s Cat for the physics department and Otto for my hall of residence. I did not write for college newspapers with the intention of being a journalist, but it turned out to be my stepping stone to journalism when my career path took a dog leg.

It is often strange how an experience at one point in your life unintentionally turns out to be exactly what you need a few years down the line. Another example of this occurred after my second year of studying physics. I spent the summer at the University of Delaware on the American East Coast, as part of a student exchange programme. This was one my happiest summers and it would not have happened if I had not previously worked at GEC. My year at GEC gave me the perfect qualification for the position at Delaware, because they both involved gallium arsenide. However, I had not gone to GEC in order to get a job in Delaware.

Between leaving Imperial College and starting my PhD, I spent a couple of months teaching at Doon School in Dehra Dun, one of the best schools in India. Once again, this is an illustration of how an experience paid off in an unexpected way. I taught in order to travel and live in India for a while, but the teaching experience that I picked up would become invaluable when I became a journalist, as I learned how to explain scientific concepts in a vivid and clear way.

My PhD in experimental particle physics was based at Cambridge University, but I spent most of my three years working at the European Centre for Particle Physics (CERN) in Geneva. I worked as part of the UA2 collaboration, which had previously won the Nobel Prize for discovering the W and Z bosons. It was a wonderful three years.

CERN has a network of so-called accelerators. These accelerators smash particles together, often matter and antimatter travelling almost at the speed of light. In the case of my experiment, we were colliding protons and antiprotons, in the hope that the intense energy of the impact would create other particles.

Theory suggests that there is a particle called the top quark, and we hoped that the collisions would create some of these hitherto unseen particles. We ran our experiment for a couple of years, smashing billions of particles in the accelerator, but there was no sign of the top quark. Nevertheless, by its absence, I could deduce something about the top quark, so I was still able to complete my thesis.

The top quark was eventually discovered at America’s Fermi Laboratory in the early 1990s, just a couple years after I finished my PhD. It turned out that the top quark was surprisingly massive, and our accelerator at CERN had simply not been powerful enough.

Particle physics was great fun. My three years at Cambridge and CERN were challenging and stimulating. However, I could see that there were people around me who were on a different planet when it came to understanding and researching physics, and it would be they who would go on to make their names as pioneers. As for me, it was time to change career. I had always enjoyed talking about and explaining science, so I took the decision to move towards a career in journalism and science communication. In particular, I have always loved television and felt that this was the most influential medium, so I started applying for a job at the BBC.

The story continues in the section describing what I do today. 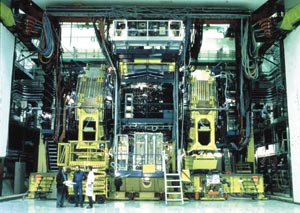 The UA2 Detector at CERN, where we search for the top quark.